UFA training sessions are mainly offered in between outdoor (football) seasons, when summer Futsal season is on. During outdoor season UFA runs Advanced Skills Program for players who would like additional training. Our programs are structured on the exclusive coaching plans used by several European clubs and National development plans.

Our vision
Development of young players is the highest priority at Ultra Football Academy. The academy’s greatest goal is to develop young, technical footballers, so that they can play at the elite level. UFA development aside from player’s sporting ability, aims to include academic education and growth of champion’s character in all assigned tasks. We genuinely believe that the next generation of football stars must have a champion attitude both on and off the field to succeed.

Initial phases 6-8
In the initial phases of the academy, young players start organised training for the first time. We provide the environment to learn initial skills and to enjoy the game they love trough great exercises for their coordination, ball drills and small sided games. Attention is placed specifically on self-confidence, team spirit and fair play. Competition matches for U8 & U9 teams are used to experience competitive games for the first time. During this period, natural leaders and more gifted players are instinctively exposed. Basic form of a team structure is introduced.

Grading teams 10-14
The transition from the initial phases of the academy to the next level see the players move from mixed ability squads into development and elite squads. Training sessions become more intense with speed, agility and coordination being extended along with some conditioning. More technical skills are added and simple tactical approaches to the game of Futsal and Football. During this phase, academy provides Advanced Skills Program for players who want to train additionally and develop faster. In addition, we also focus on player’s strengths and weaknesses. The goal is to develop strong technical players who are confident both for Futsal and outdoor seasons. This phase is critical as talented players should aim to reach advanced stages of their development ahead of National Youth league selection.

Older youth 15-17
During this phase, the focus is shifted from a technical perspective to a tactical one. The aim is to prepare as many players as possible from the under-15s to the under-17s so that they can compete at Futsal National Level and National Youth League during outdoor season. Various team tactics take priority along with conditioning.

Advanced Skills Program
Our popular skills program is available for advanced and talented players all year around.
The purpose of these sessions is to enhance technical ability of the player from 9 years to 17 years of age. These sessions are technical, intense and the size of this group is between 4-6. In rare occasions due to a higher interest we may choose to extend it to 8 players. Advanced Skills Program goes over six-week blocks.
If you really want to boost your players development, then these sessions are for you. In particular, this is suitable during winter season, summer Futsal as additional training or as SAP trials preparation.
All the sessions are carefully designed in line with top European academies for rapid technical development.

Sessions info: We offer 1.5 hour training sessions for up to 12 players.(During Futsal season, our Futsal teams will have up to 9 players, with additional 3 spots for squad training only). Our teams compete at NBFA and SGFA competitions during summer Futsal.

1-on-1 sessions:
These sessions are designed for individuals who really want to take their training to the next level. Trough active coaching and careful analysis, we provide ongoing mentoring for faster development.
Enrolment: A minimum of 6 sessions must be booked in advance.

Our sessions are well planned, longer in duration and we practice active coaching before, during and after the game.
UFA cares about player development and for that reason SAC (speed, agility and coordination) component is permanently included in our sessions.
This helps to develop or refine key physical abilities of our players.
Together, we create exciting learning environment where the respect, accountability, teamwork and fair play are the main values for every individual and the group. 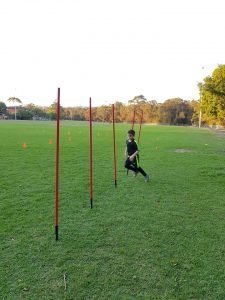 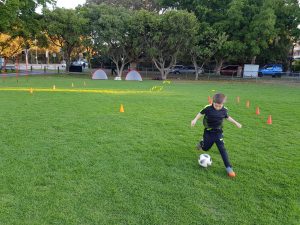 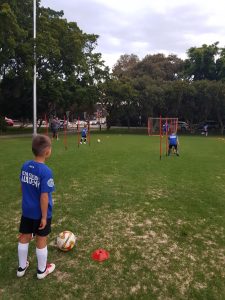